Top Posts
5 Steps You Must Take to Be Successful...
Talk to books: All you need to know...
Making of The Artificial Eye best to know...
15 Important Travel Techs For Travelers | 2018
Once homeless, now on his way to Harvard...
Increase CPC for your Website | make money...
U.S. Energy infrastructure On Cyber-Security after Alert Issued...
Why I feel so alone | Does technology...
What Is Bitcoin and Blockchain Technology? A Quick...
E-mail: Tips and Secret Features Revealed For Professionals
Electronic Engineering

As an electronics enthusiast, at one point you must have had this desire to start your own DIY electronics project. But perfecting your designs requires the right tools. So today, we will be discussing two important Electronics DIY tools i.e. ‘IDE & EDA’ and ‘IoT Dashboarding’. Further, we will elaborate these two and enlist platforms you can operate with for your projects.

An IDE (Integrated Development Environment) is a type of software that facilitates programmers in software development, specifically the codes required to run your electronics. Generally, an IDE consists of a source code editor, build animation tools, and a debugger. You can use C and C++ for programming along with other languages such as Python, Java etc. EDA (Electronic Design Automation) is also similar to IDE. It is also used to design integrated circuits and PCBs along with software development.

Arduino Create is an open-source platform to help developers write their own codes, access content, configure boards and share their projects. It has resources to help you with every step of the process and is most notable for its Arduino Web Editor. It is easy to understand, perfect for beginners to test their skills. 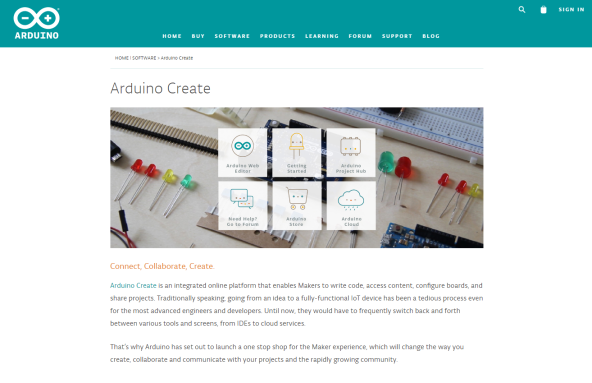 The Arduino Integrated Development Environment is a cross-platform application written using programming language Java. This IDE is also downloadable and can be used without Wi-Fi i.e. while traveling. This software is compatible with all major platforms such as Windows, OSX etc. Not to mention it is free to download. 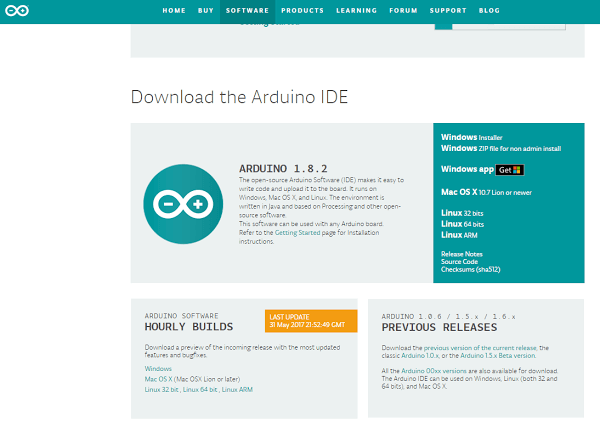 Particle.io is an online platform for IDE, it works as a browser web app and as a software platform. It helps users in developing and debugging of software along with the design and development of devices. It also helps users by providing a variety of services such as hardware/software solutions. 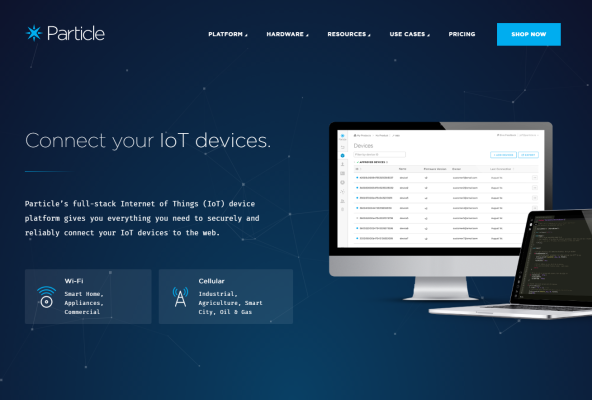 Visual Micro is an extension to Microsoft Visual Studio and is C++ based. You can use it to create cross-compatible code that can be implemented onto your Arduino based device. It is available for installation in two forms, free and paid pro version. This IDE is ideal for beginners with its easy to use layout while it is simultaneously offering features for expert users. The paid pro version also provides functions such as debugging and enabling wireless communication for Arduino devices. 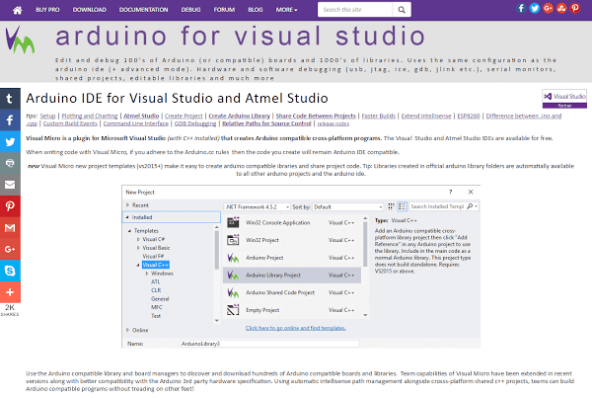 Fritzing is a publically funded non-profit organization that operates in Germany to increase the masses interest towards electronics literacy and STEM fields. They have created their own IDE to make coding more approachable. Their software is also compatible with a number of older platforms too which do not have specialized software available. 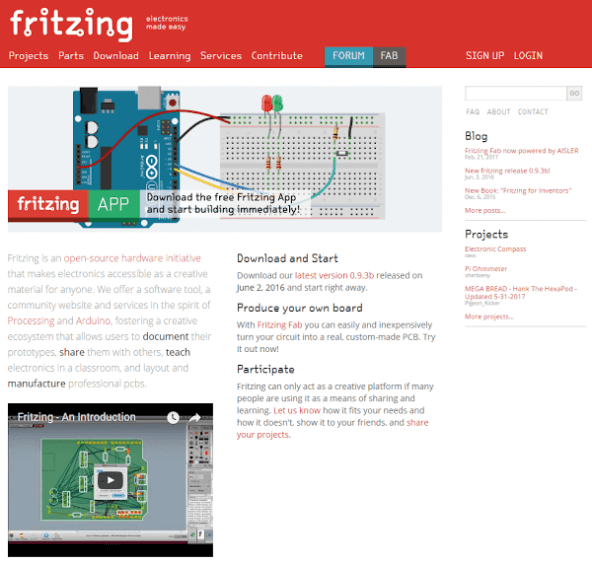 IoT dashboards are basically the digital tools required to visualize and display data on our computers with the help of graphs, charts, control switches, tables, and widgets. Specifically, in the IoT field, the dashboard is the key component which displays and organizes your information and allows users to control and monitor the processes.

Dweet.io is simple publishing and subscribing for machines and internet-enabled devices. Dweet.io calls itself the “Twitter for social machines”. Basically, it uses the integration of their API in your devices and makes your sensor data easily accessible. Through this, you can easily set up a complex context-sensitive functionality which allows a particular device to trigger another devices action when its conditions are met. 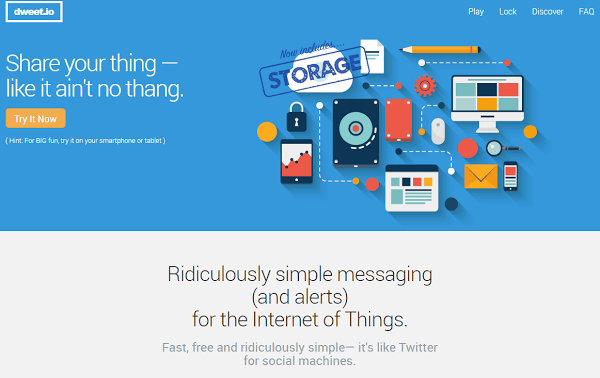 PubNub is an online network based in California. It offers over 70 SKDs (in programming languages such as JavaScript and for use in iOS and Android) through their API (application program interface).  It aims at making products for developers to build their real-time IoT applications. It also has advanced features such as a real-time dashboard and other services. 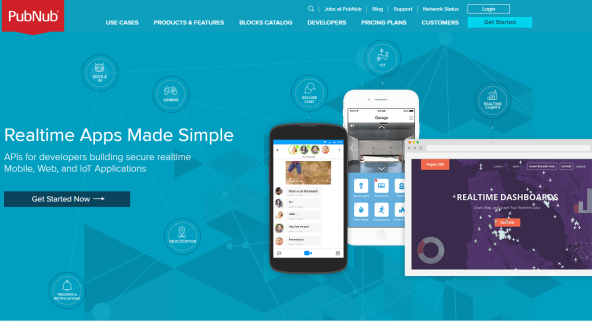 Twilio is an online cloud communication platform also based in California? It mainly focuses on communications i.e. it allows software developers to programmatically make and receive calls, text messages and performs other communicative functions using its web service APIs. With the API you can enable communications between a control system and various internet-enabled devices. 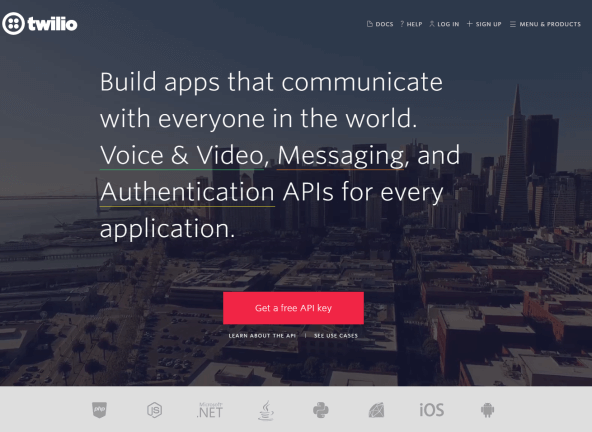 This platform is perfect for beginners, with its easy to use interface you can create IoT applications and integrate them easily into your devices. Blynk is compatible with over 400 hardware platforms including Arduino and Raspberry Pi. It works as a digital dashboard where you can build your own graphics interface by simply dragging and dropping widgets. 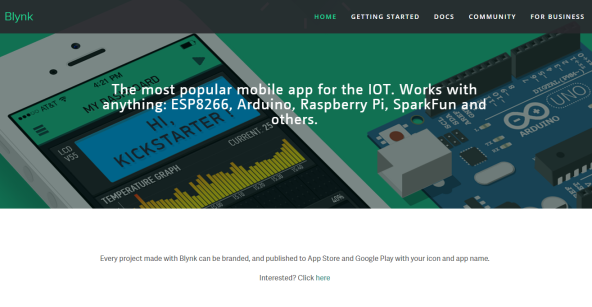 IOT Based Home Automation by Using ESP8266 (NodeMcu) with Blynk

Initial State is a platform for time series data. It helps users to send data from web-connected devices, sensors, and applications to a cloud where that data can be accessed anytime and can be turned into interactive real-time dashboards, charts, statistics etc. You can keep track of a large number of data points live. The basic account is free but you can pay for more resources. 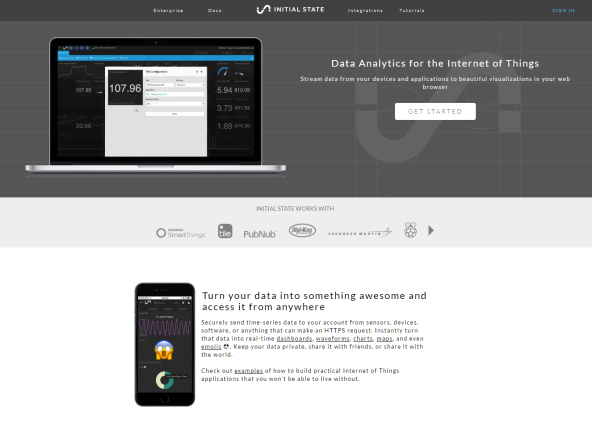 Freeboard is a service that channels IoT data into one simple dashboard. It offers integration with other IoT interface systems such as Dweet.io with which you can easily manage data streams and monitor your data in a visualized format. You can also easily create widgets from the data and using the drag and drop interface you can customize your dashboard. Basic services are free while higher level resources are at a price of $100/month. 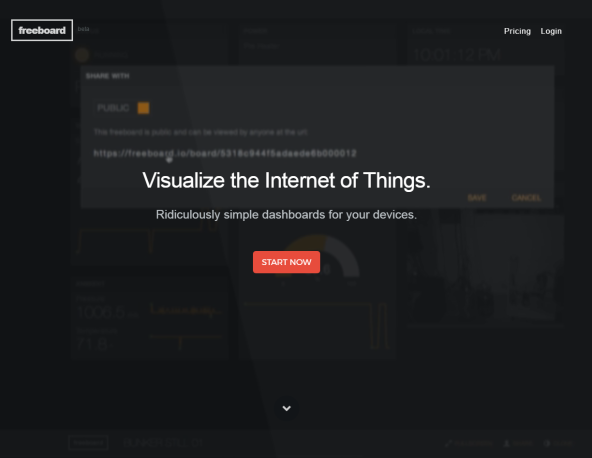 How to Test a Capacitor easily by using...