Top Posts
Making of The Artificial Eye best to know...
Increase CPC for your Website | make money...
How Wireless Charging Works for smartphones | Circuit...
Cyber Security Concerns For Bitcoin as the Price...
Austin Texas is a next Future Tech giant...
Apple Watch launches a new ECG Feature to...
Revolution In Electric Vehicle upto 2018 | Electric...
Crises of the Semi-conductor industry and its Root...
CTRL-Kit: The First Mind-Controlled Armband and its Demonstration
E-mail: Tips and Secret Features Revealed For Professionals
Tech News

Once homeless, now on his way to Harvard | Never Give Up

Richard Jenkins Has Spent most of His Life Living in Poverty

Jenkins’ mom, Quiana McLaughlin, moved from Philadelphia when he was in elementary school partly because of the violence in their neighborhoods. Jenkins recalled moving a lot when he was a kid, first to Tennessee and then to Florida, where his mother would pay for motels when she could and then turn to shelters when she couldn’t. From Fourth to sixth grade Jenkins spent most of his time living in homeless shelters with his mother and two brothers.

Jenkins tells a rather ironic story of his youth. As a student, Jenkins was very bright and showed a certain spark which helped him outshine other students. He recalls how on raising his hand to give an answer in class, his classmates would jeeringly call him “Harvard”. A name trying to refer to the attribute of being a book-worm. “It was their way of taunting me, like, ‘Oh, you think you’re so smart,” he said. 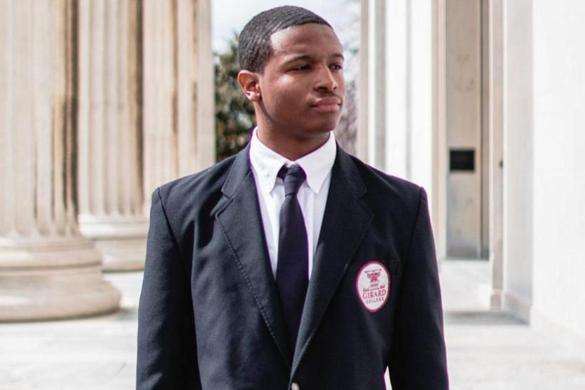 My mom Always Taught me to Speak Properly

“My mom always taught me to speak properly, to use correct grammar and punctuation and all that good stuff,” said Jenkins, “So when I went to school, that’s how I spoke. Everyone else in school is using slang. People would say I was too proper, people would say I was white.”

Jenkins also recalls a time from sixth grade when a friend accompanied him on the walk back from school. His friend asked him where he lived to which Jenkins replied by pointing to a house that was obviously not his. He at once realized his mistake. “I didn’t even think twice about it,” Jenkins said. “Later, I thought I really shouldn’t have lied.”

Jenkins then Made a Decision to Change His Life

He wanted to pull his family out of poverty. “That was when I decided I wanted to focus on the thing I was good at, which was academics,” he said. Jenkins decided to improve his livelihood by improving the one thing he was good at, his studies. He worked harder and remained top of his classes. During these years his father suffered from a heart attack due to which Jenkins had a severe chronic migraine. Due to this, he couldn’t attend school as well as he wanted but he didn’t let it take him down. “That was what triggered me that I needed to chase something,” he told CNN. “No matter what, I can’t allow myself to go through that anymore. I can’t allow my brothers or my mother to go through that when they’re older”

It was then that his mother encouraged him to apply for ‘Girard College’, a full scholarship boarding school in Philadelphia for low-income families. He was accepted and studied there for two years. Jenkins is graduating this year as the valedictorian of his class at Girard College.

Jenkins also took part in a number of programs and extracurricular activities throughout his college years. He joined the mock trial program, the Worlds Affairs Council and the basketball team and other DIY projects.

After college, Richard Jenkins decided to apply for ivy league universities and even applied for Harvard.

He was visiting Paris on a school trip in late March when he learned of the schools’ decisions. He opened up the emails one by one. Penn? Wait-listed. Yale? Denied. “I thought, ‘Alright, time to start looking at other school options,’” he said. “Then I opened up Harvard and threw my phone because I saw the word ‘welcome.’”

“There’s a lot of places I didn’t think possible — including Harvard,” he admitted. “I don’t know, I guess I just thought: I’m black. And I’m not that smart.’” Jenkins might have had doubts but his mother says she wasn’t surprised by the results. Jenkins was always an intelligent student, it was impossible for him not to get admitted. “He’s been a gifted learner all his life, and an excellent student,” she said. “He’s gotten an A Grade in almost every class he has taken since second grade.”

He was thrilled to see that Harvard pays 100 percent of tuition for students from households that earn less than $65,000 a year. He plans to study computer science, with a special interest in artificial intelligence. His godfather Donald Kinsey Jr., also started a GoFundMe page to give him some money through college.

Throughout his life, Richard Jenkins has suffered from a lot of difficulties, from living through poverty, going through medical problems and suffering bullying at school, in the end, it was his determination that got him through.