Top Posts
Why I feel so alone | Does technology...
Increase CPC for your Website | make money...
What’s Next | NASA Sending a Tiny Helicopter...
Revolution In Electric Vehicle upto 2018 | Electric...
Making of The Artificial Eye best to know...
15 Important Travel Techs For Travelers | 2018
Apple Watch launches a new ECG Feature to...
Cyber Security Concerns For Bitcoin as the Price...
Top 10 things you must know about Clean...
What does a quantum computer do? | Latest...
smartphones 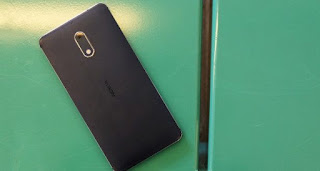 Cons:
Overview:
Nokia used to be worlds largest Mobile Phone manufacturer, but it fell into depths with the advent of the likes of iPhone and Android Smartphones. Then recently came Nokia 3310 still holding the indestructible reputation of Nokia, along with a number of new features as compared the legendary Nokia 3310 launched in 2000. But could it get better, seems so. Nokia has launched its new Android Smartphone “Nokia 6”. Let’s see how good it really is.
Nokia has a reputation for making concrete phones which can last a lifetime, the same goes for the Nokia 6 handset. Nokia 6 is the most indestructible Smartphone of 2017. It survived various tests including the drop test, bend test, temperature and scratch test. After all that torture the Smartphone remained alive. Nokia’s modular design approach and use of heavy material make their handsets truly unbreakable. Other Smartphone manufacturers should learn to make their phones more durable from Nokia’s Budget phone.
Nokia 6 has an all metal uni-body industrialized from 6000 series Aluminium and then anodized. Its dimensions 154 x 75.8 x 7.85 mm have a sizable appeal to the handset, however, it’s not a big deal handling the device. The phone has flat sides instead of the rounded corners and edges that we have gotten used to, it starts feeling slightly uncomfortable after a few hours of handling. The top and bottom edges are quite larger than the sides and make the phone feel larger still.
Front facing you get the bright 5.5 inches full HD display, below the display you can see the fingerprint scanner doubled as the home key and the capacitive navigation keys. The back side looks clean with a vertically arranged rear camera and sensor with a simple NOKIA logo sitting at the center. On the bottom are housed a micro USB port along with a speaker. You get the power button and the volume rocker on the right side of the phone, thankfully there is also a 3.5 mm headphone jack placed on the top edge. It also offers expandable storage via a microSD card slot.
The large 5.5 inch Full HD display with a resolution of 1080 x 1920 pixels is promising, it renders a bright and clear gaming and playback experience. The colors are vibrant and punchy, the screen also has minimum reflection, so that’s a plus point for outdoor usage. Being a budget Smartphone this display is excellent.
Nokia 6 packs almost the same specs we find on any other smartphone these days, however, it runs on an older version of Qualcomm’s chipset. Qualcomm Snapdragon 430. It comes packed with 3 GB of RAM and 32 GB of on board storage. This amount of power under the hood will work just fine for a 1080 display with general usage. But it’s obvious the device is going to struggle with heavy activity and multitasking is going to feel nearly impossible.
To keep things simple Nokia 6 runs on Android 7 Nougat. With no pre-installed bloatware and no useless junk that we always have to get rid of. This makes life much easier, we prefer this simple setup as it makes the performance much smoother especially if you’re a beginner. The battery capacity is spot-on, with ‘3000 mAh’ on board we can easily get through about 24 hours of usage. What it lacks is the USB type C port.
Arriving at the camera, you get a 16 megapixels camera at the back and an 8 megapixels camera at the front (both have a lens aperture of f/2.0). The rear camera comes stocked with a dual tone flash which gives your skin tone some shine and gives a natural refreshing appearance. The front camera features a wider lens so you have plenty of room for a group selfie, it offers some decent looking shots even in low light.
Verdict:
Nokia 6 is great looking phone furnished to be indestructible and comes with a refreshingly clean design. It got some high-end specs and feature. For a budget Smartphone, I personally would get this phone any day.
Features:
Display Size: 5.5 inch
Resolution: 1080 x 1920 pixels
RAM: 3 GB
Internal Storage: 32 GB
Expandable Storage: 128 GB
Battery: 3000 mAh
Processor: 1.1 GHz octa-core Snapdragon 430
Operating System: Android 7.0
Rear Camera: 16 Megapixels
Front Camera: 8 Megapixels
Connectivity: Wi-Fi, GPS, NFC, Bluetooth, USB OTG, Dual SIM

QMobile Energy X1 OR X2 Which One Should You Get??

New Idea for Smartphone Case That will leave...

Top 9 Smartphones in the World With Best...