The concept of 3D electronics has emerged back in the 70s. First 3D printing attempts are linked to Dr. Kodama as he laid development in rapid prototyping technique. Although he did not file for patent requirements at that time. He was the first person known so far who described a layering approach for manufacturing for the creation of stereo-lithography (in which photosensitive resin is polymerized by UV light). The afterward first patent was registered in 1986 by Chas Hull as he founded a 3D systems corporation. He released his first commercial product which was SLA 1 in 1988.

A smart latino student wearing multi-colored 3d printed shapes as jewelry, next to a 3d printer with designs on the heated print bed, and holding 3d letters in her hand. 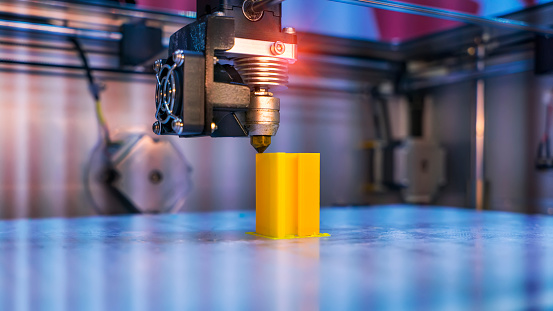 Further, it started the development of 3D modeling tools as well which brought additive manufacturing to its next level. Back in 1992, Stratasys developed various 3D printers for commercial as well as domestic purposes. 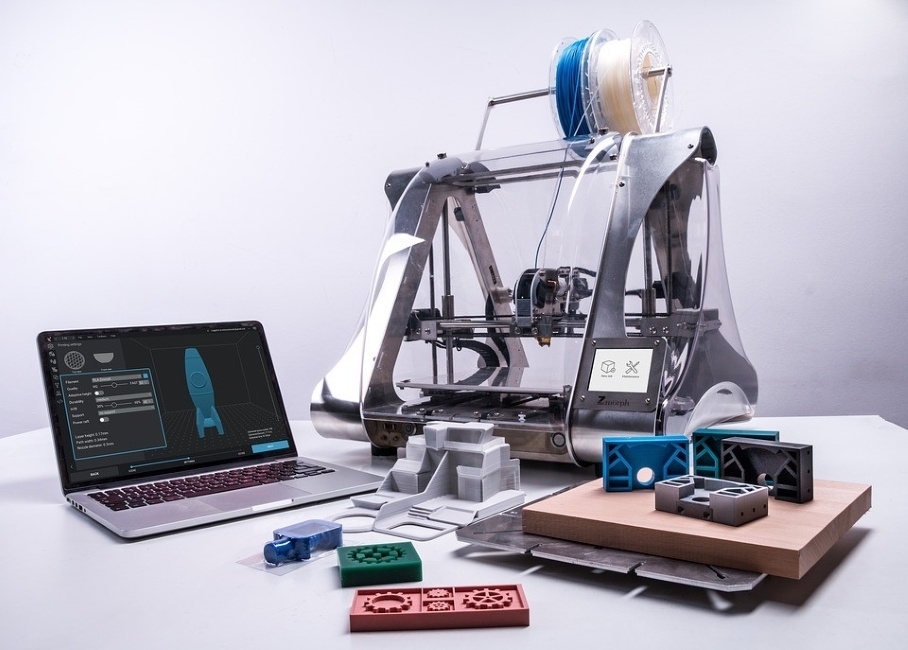 In 2000 3D printed kidney was made however had been useless back in time but is now working perfectly and scientists are working on experiments to transplant other organs. In 2008 3D printing gained a huge media appearance as the first 3D prosthetic limb was printed. 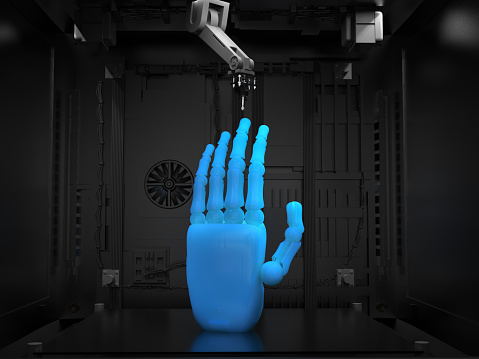 Recent years are very important for the evolution of 3D printing as additive manufacturing is becoming real and affordable. In 2010 Urbee was introduced as the first 3d printed car, then 3D printing is taking more and more role in the automotive industry.

3D printing is evolving with efficiency and perfection towards manufacturing things. New 3D printers are being issued regularly, 3D printing has numerous advantages including

Time-efficient: They are time savers as they print faster, work more efficiently.

Minimum waste: it has a minimum wastage or no wastage production process as compared to other manufacturing techniques.

Advanced healthcare: 3D printing technology is being used in the medical field as it is used for printing organs that are transplanted in the human body. Medical parts and artificial limbs are being manufactured through 3D printing. 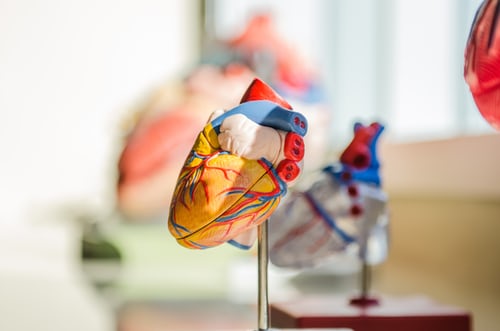 Although it has great advantages some restrictions and cons are underlying this advancement as follows;

Restricted build capacity: The capacity of chambers for manufacturing of parts is a bit smaller and so larger parts cannot be manufactured as a whole.

Humans are attracted to novel phenomena. 3D technology in printing and additive manufacturing leads to a reduction of wastage of raw material, it helps to recycle materials too. Worldwide consumption of materials for making things is increasing day by day and with it, the wastage has increased too.

It helps to make customized flexibly designed models of products helping in making almost everything at a place through computer designing. As its ever-growing technology brings more opportunities for skilled professionals to Innovate in this field.

With the immerse revolution of technology and advancement in computing and auto CAD designing 3D electronics and printing techniques will rule the era of additive manufacturing.

In the Health care and medical field 3D printing is already playing an extraordinary role and in the coming future, it might amaze us with its exotic deliverance.

In the Aerospace industries manufacturing of rare parts of missiles and aircraft will revolutionize with the help of 3D printing technologies.

It will play a part in almost every field in making various types of equipment of every use and rare products with unique designs and build.

Learn How To Design Digital Stop Watch by...