Top Posts
Making of The Artificial Eye best to know...
Increase CPC for your Website | make money...
Austin Texas is a next Future Tech giant...
Cyber Security Concerns For Bitcoin as the Price...
Apple Watch launches a new ECG Feature to...
How Wireless Charging Works for smartphones | Circuit...
Revolution In Electric Vehicle upto 2018 | Electric...
Crises of the Semi-conductor industry and its Root...
CTRL-Kit: The First Mind-Controlled Armband and its Demonstration
E-mail: Tips and Secret Features Revealed For Professionals
Electronic Engineering

Microprocessor and FPGA vs Microcontrollers

An FPGA (Field Programmable Gate Array) is a type of IC which you can program after manufacturing whereas a microcontroller has his own circuitry and instructions set beforehand. We will discuss the characteristics that differentiate the two and how to choose the one for your project.

Difference between a Microprocessor and Microcontroller:

First, you should know the difference between a microprocessor and microcontroller as they are often confused. A microprocessor is an integrated circuit that comes with an electrical device such as a CPU and is built for processing. These chips do not have peripherals such as RAM or ROM included on the chip but instead, are provided outside the chip which tends to make it bulkier. On the other hand, the microcontroller is itself a computer with peripherals embedded and is comparatively smaller. Microcontrollers are designed to perform specific tasks and the need of peripherals is, therefore, lesser as the task is specified. Microprocessors can be considered as the heart of the system while microcontrollers are what drive embedded systems. 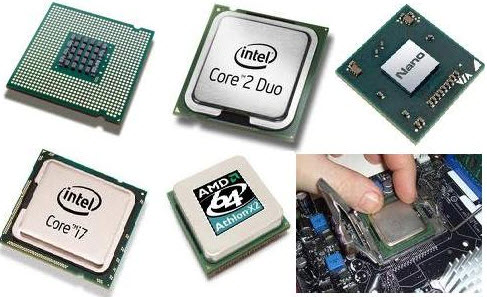 Difference between FPGA and Microcontrollers:

Microcontrollers and FPGA both are used to monitor the output values and control the processing of a system. But they have very stark differences. A microcontroller is like a computer with its own memory, I/O ports, and timers. It can carry out simple tasks on behalf of other hardware. An FPGA is a type of IC with millions of logic gates and can carry out tasks through programmed logic gates, they also need external peripherals to function. A microcontroller can be programmed using C, C++ whereas the logic gates on the FPGA are programmed using VHDL or Verilog. The microprocessor has limited processing power whereas the FPGA has limited space. 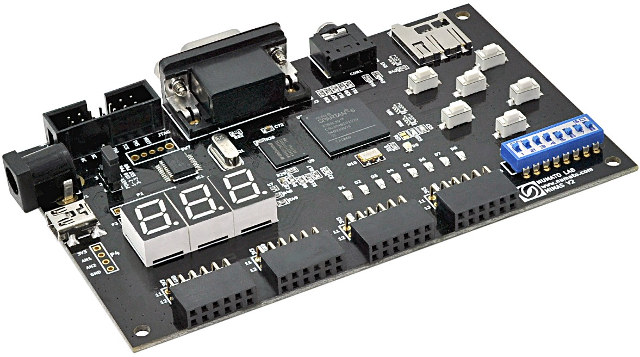 FPGAs show flexibility as they can perform any task they are programmed to do in the logic gates, and can even be rewired to perform a different task. Microcontrollers, on the other hand, are limited to the task they are wired with. Microprocessors will also consume a program line by line in a sequence whereas FPGAs can process various commands at the same time.

FPGA configuration is more complex as you will have to compile all the codes from scratch and then convert them into machine language. On the other hand microcontrollers are ready-made built to perform tasks and are easier to use and configure. If we talk in the terms of programming then microcontrollers are comparatively more flexible but cannot be customized accurately through the hardware.

Power Consumption in FPGA and Microcontrollers:

FPGA comparatively used more power as compared to microcontrollers and are therefore are not suitable for all systems. FPGAs are also not as efficient as components such as ASICs (Application Specific Integrated Circuits). Reprogramming an FPGA also means inefficiency as logic utilization becomes low. Similarly unused transistors lead to more power consumption.

But the speed of FPGAs is higher than microcontrollers. Microcontrollers have lower processing speeds but consume lesser power too and even offer power saving modes. Some allow for sleep currents less than 1 µA and can function at a few µA during slow clock rates. In some cases, an FPGA system might use a microcontroller on the board to increase power efficiency.

Introduction to Embedded Systems A Quick Guide for...

Introduction to Timers | Multi-vibrators | Types of...