Top Posts
Making of The Artificial Eye best to know...
Increase CPC for your Website | make money...
How Wireless Charging Works for smartphones | Circuit...
Apple Watch launches a new ECG Feature to...
Cyber Security Concerns For Bitcoin as the Price...
Austin Texas is a next Future Tech giant...
Revolution In Electric Vehicle upto 2018 | Electric...
What Is Bitcoin and Blockchain Technology? A Quick...
How do Autonomous Vehicles work? | Automation Levels...
The Future Of Warfare: Military Robots
Electronic Engineering

Diodes: The Different Types and their Applications

Among the most fundamental components in modern electronics is the diode. These devices allow for a whole range of important functions to be carried out electronically. Rectifiers, oscillators, voltage regulators, and mixers – they all require diodes to function. 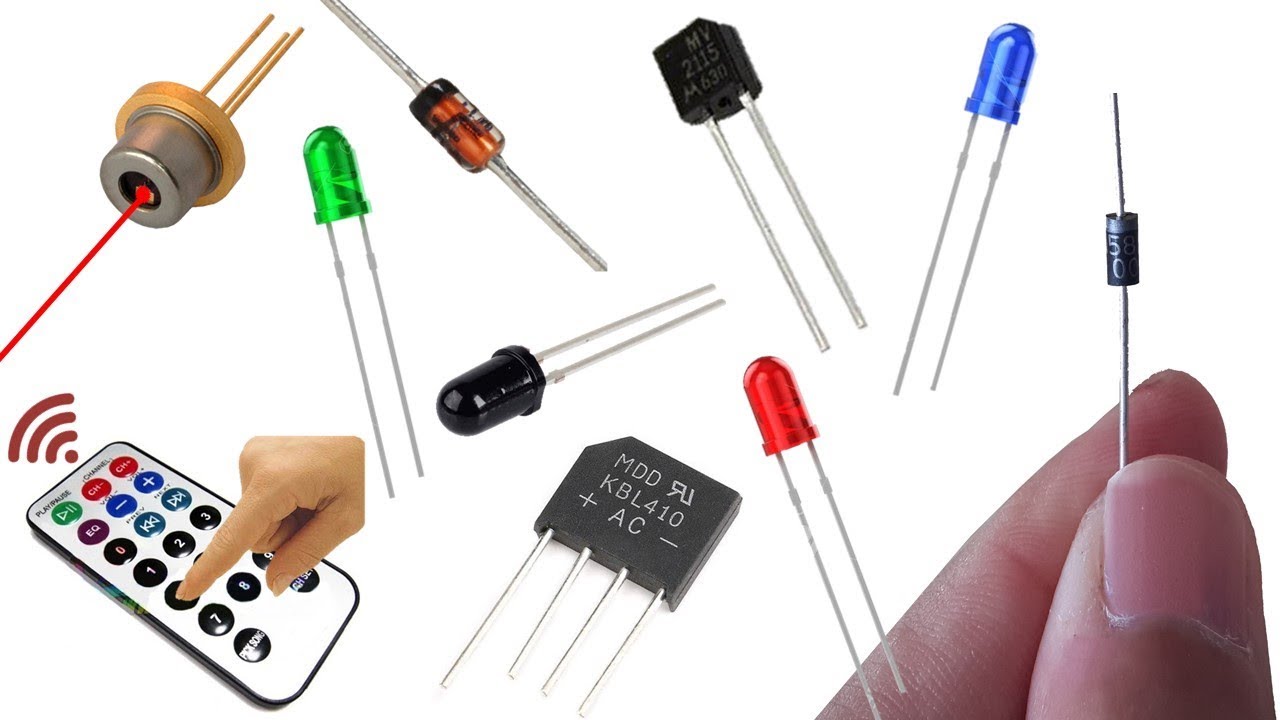 Diodes come in many forms. Let’s take a look at some of the most common.

A Light Emitting Diode is a variety of diodes that lights up as current passes through it. Once, they were used as simple indicator lights; now, they’re taking the place of just about every source of light there is. RGB LEDs can be made to light in a range of different colors, by combining red, green, and blue.

A Zener diode is usually connected in reverse to the desired signal flow. They’re intended to break down after a certain voltage threshold is surpassed. Therefore, if the current is limited, the voltage will output at a fixed level. It’s for this reason that Zener diodes are useful in power supplies and voltage regulators.

This is another diode designed to work in reverse bias conditions. It offers superior surge protection to a Zener diode and operates differently. Rather than maintaining a voltage higher than the breakdown, an avalanche will drop the voltage, instead.

This is a kind of diode that produces a coherent laser beam. It’s used, most often, to read optical media, like CDs and Blu-ray disks. Since these devices are falling gradually out of favor, laser diodes are less useful than they once were.

Highly desired in rectifier applications, a Schottky diode has a very small voltage drop, which makes it very useful in applications where performance is key. They tend to be slightly more expensive.

A photodiode is a device that converts incoming light into a small electric current. They’re great for detecting when it’s dark and when it isn’t; consequently, you’ll find them in garden lights and porch lights.

A transient is a sudden spike in voltage, usually generated by faulty components, poor grounding, or electrostatic discharge. They can be suppressed using a bypass capacitor, which will act as a buffer. Another option is to use a specialized component called a transient voltage suppressor. These can be unidirectional, suppressing spikes in one direction, or they can be bidirectional, suppressing spikes from both directions.

We’ve just scratched the surface of the available options when it comes to diodes. Whatever your application, the chances are good that there’s a particular diode designed to meet it. Experienced circuit designers will be able to achieve a wide range of results by configuring fundamental components like diodes, resistors, and capacitors.

Useful Tools for Your Digital Business

Free PCB assembly by JLCPCB- its advantages and functionality