Top Posts
Increase CPC for your Website | make money...
Making of The Artificial Eye best to know...
How Wireless Charging Works for smartphones | Circuit...
Apple Watch launches a new ECG Feature to...
Cyber Security Concerns For Bitcoin as the Price...
Why I feel so alone | Does technology...
Austin Texas is a next Future Tech giant...
Revolution In Electric Vehicle upto 2018 | Electric...
CTRL-Kit: The First Mind-Controlled Armband and its Demonstration
What Is Bitcoin and Blockchain Technology? A Quick...
Physics

What does Space Debris mean? | Learn How much junk exists in space

The first satellite in space to measure surface wind over the ocean was Seasat in 1978. Viewing the earth 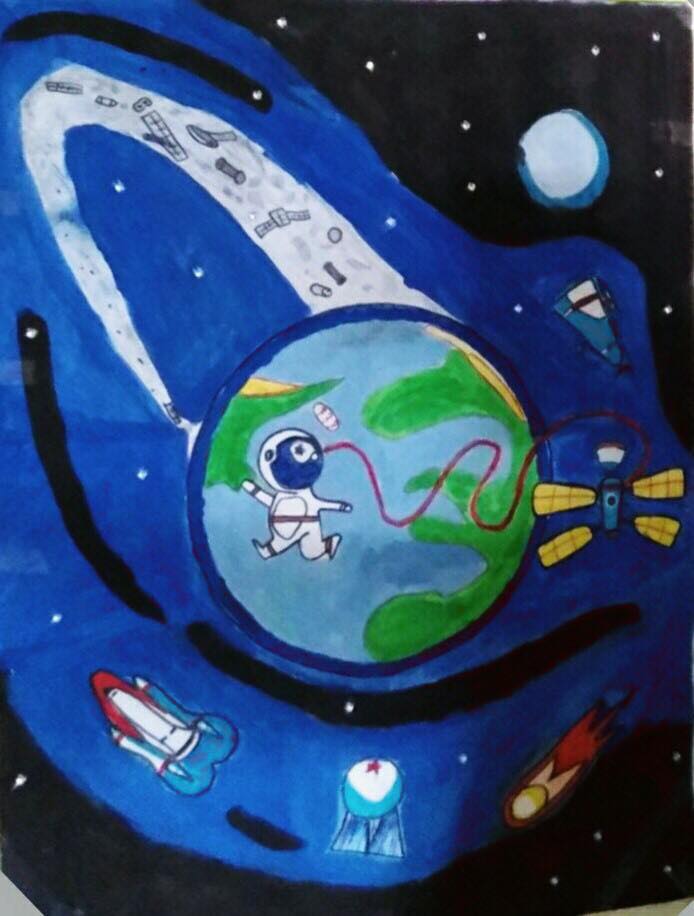 from space has become essential to comprehend the cumulative influence of human activities on its natural resource base. Over the past two decades, the data from earth sensing satellite has become important in mapping the earth’s features & infrastructure, managing natural resources and studying environmental change.

As we researched on “Satellite Debris“, we visited at “Remote Sensing Centre” at Amravati road. There are many informative formats available. We got the information about the launching of satellite since first to current satellite. We visited at “Raman Science Centre” for more information. We watched 3D show about planetarium or satellite.

Space pollution, though not a household problem, is an increasing problem that will start affecting us on earth if we do nothing to prevent it. Space pollution is anything in the space that is unwanted. Example, small shaving of paint or splinters of metal that come from spacecraft and the shuttles. Clearly, the only way to prevent the rocket stages and satellites from roaming around space is to get them back to earth. This poses a ‘catch 22’ situation because to get something into space at the moment you have to drop a rocket booster stage in space. So we need to find a solution to the rocket booster stage problem.

Personally, I think that an alternative method of launching should be investigated. Surely there is another way of getting the shuttles out into orbit. If it is not an available option at the moment, possibly there should be a reduction of launches. The launch should be more efficient to over multiple launches. If it is absolutely necessary to launch, a detailed check should be made to ensure that the debris is kept to a minimum. Maybe the stages could be equipped with their own engine to get them back into the atmosphere.

This Article has been Written by Pooja Kose, she is part of our team kindly Click Here if you want to Read Her Biography.

What is Wi-Fi and How Does it Work? | Beginners Guide

Two faces of the internet: Deep web or Dark web?

Top 10 Outstanding Steps for writing your own...

WIN Source Electronics is a True Place to...

What Is Graphene and its advantages

What does it mean by Synchrotron and its...

What Is Ultrasonic Testing?

Tutorial Lecture on The Theory of Electron Emission

Microwave & Microwave generation | How do they...