Top Posts
Talk to books: All you need to know...
Top 5 News Related to Electronic Industry |...
5 Steps You Must Take to Be Successful...
Making of The Artificial Eye best to know...
Increase CPC for your Website | make money...
What Is Bitcoin and Blockchain Technology? A Quick...
15 Important Travel Techs For Travelers | 2018
Once homeless, now on his way to Harvard...
U.S. Energy infrastructure On Cyber-Security after Alert Issued...
Why I feel so alone | Does technology...
computing

The Internet of things is the network of physical devices, vehicles, home appliances, and other items embedded with electronics, software, sensors, actuators, and network connectivity which enables these objects to connect and exchange the data. It is forming the world around us from connected smart home to wearable devices to form smart cities. Many production facilities are already using processing and supervisory control systems with connectivity. IoT for the manufacturer is the bunch of solutions that combines the capabilities of collecting, exchanging the data on the cloud and watching IoT platform to drive operational efficiency across the factory.

Internet of things plays a key role in automation industries which helps to keep records in a continuous manner. It is creating new low-cost devices for computing power, 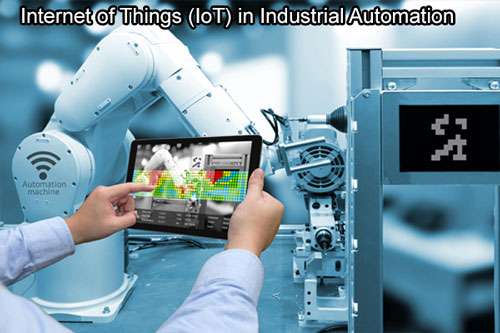 as measured by the price per million transistors is nearly 4,000 times lower today than it was two decades ago. The collected data from the device is used to identify variability in a manufacturing process in real time ultimately saving time and money. So engineers and designer can use the data to make improvements and updates to each part in the future.

I developed an IoT based project named “Autonomous Pollution Monitoring Robot “ in pre-final year of bachelor’s degree (2017). it is a robot which can be controlled automatically, manually via mobile application or easily fixed in company, industry or anywhere. The robot senses the pollutants present in the surrounding air and stores the recorded data to the cloud which can be monitored easily in real time. The quality of gas is divided into subcategories which help to notify the air quality as follows :

The readings are recorded as per experiments with different gases produced like CO2, NO, SO and NH3. Fresh, Normal and Poor are can be checked and improved in time but if it goes on a Dangerous level, the text message is sent to the user notifying to take actions as soon as possible automatically via a web server. The IoT played an important role in this project to make it more reliable for real-time application. So the one does not need to go to the place where the robot is working rather than one can monitor the pollution level remotely via the internet. Soon I will share details of this project with you people keep visiting our website.

The internet and industry combine to form Industrial internet of things to solve various problems. IoT is improving operational efficiency and productivity in which cloud has a key role in the development of IoT devices. It reduces downtime and lifecycle cost. It provides a better understanding of customer demand and security along with safety. Now IoT is more preferred because it has the ability to manage a large number of devices spread over a wide area without building them into traditional infrastructure.

This Article has been Written by Pooja Kose, she is part of our team kindly Click Here if you want to Read Her Biography.

Machine Learning vs Deep Learning and its Uses in Daily Life

Great article! looking froward to see more from you.

Thank you. I will write more for sure 🙂