Top Posts
Why I feel so alone | Does technology...
Increase CPC for your Website | make money...
What’s Next | NASA Sending a Tiny Helicopter...
Revolution In Electric Vehicle upto 2018 | Electric...
Making of The Artificial Eye best to know...
Apple Watch launches a new ECG Feature to...
15 Important Travel Techs For Travelers | 2018
Google Duplex: Now you can book your appointments...
Cyber Security Concerns For Bitcoin as the Price...
Top 10 things you must know about Clean...
Arduino

by Abid Jamal December 14, 2017December 28, 2017 0 comment
Hi Hello Electronics Lovers, in this tutorial i will show you how to secure the main entrance of your Home, office, school or any Restricted area with the help of RFID and Arduino board. Every owner of the house wants to install Home Security System to secure his home as soon as possible, but most of the time they get failed due to low budget and unfortunately they take a step backward from their decision. Now they don’t need to worry because i bring something cool for them, they need average Electronic skills to make this home security system for their houses.
“Theme: At entrance, a User will first show an exact RFID card Tag to access the authorized place otherwise Red Led will start blinking after a couple of unsuccessful attempts” 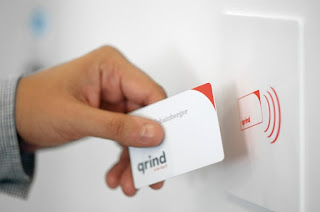 RFID stands for- Radio Frequency Identification, RFID uses Electromagnetic waves to read a Unique data of RFID Tag wirelessly. After Successful reading, RFID Module will compare the data of RFID tag with a pre-assigned data added by project admin, if it compares then it will Allow you to do your task otherwise it will not allow you to Access. Every RFID tag has a unique code “18008DC02E7B”, at the beginning you just need to store the data of the authorized RFID tags in your source code one by one before going to the next level, remember only Admin or Project maker can do this JOB. The operatable frequency of RFID is 125KHz and the frequency of RFID module and RFID tag should be same. The distance between Tag and RFID Module should be less than a few centimeter or one inch otherwise it will not read your RFID tag accurately.

Circuit diagram of Home Security System by Using RFID and ARDUINO is shown in figure 1. Connection for each and every component is clearly mentioned in the circuit diagram. The heart of this project is Arduino Uno board, RX pin of the Arduino Uno will receive data from the Tx pin of the RFID Module every time when a user wants to Access to an authorized place by showing an RFID tag. If a user has a genuine tag then Arduino will successfully send a HIgh state pulse to pin No 10 that will saturate a transistor to turn on Solenoid lock. In a case where the attempts are unauthorized, the door will remains closed. Additional LED2 start to glow indicating the warning message.

Software: Source Code of “Home Security System by Using RFID and ARDUINO” has been written in an open source Arduino programming language and compiled using Arduino IDE. You can download the code from the link below. The Zip folder of software code contains two Arduino sketch file called Tag_Read.ino and Main_Program.ino. Tag_Read.ino is used to read the RFID tag where Main_Program.ino has been used for controlling purpose. Kindly Unzip the two files first otherwise it will show you an error. Before using this project, the user must first note the RFID tag which is after used in Main_Program.ino.

Interfacing of RFID Module with Arduino To Read RFID Cards 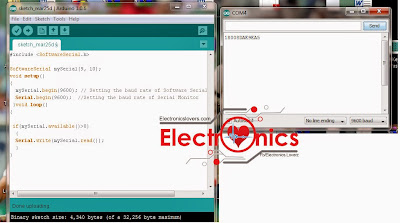 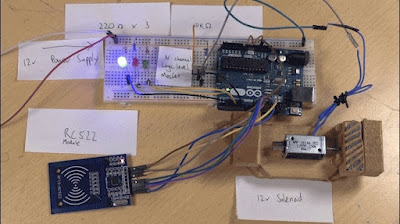 New Idea for Smartphone Case That will leave you booming

Learn How to Make Your own Laser Engraver...

Interfacing of Arduino Uno with GPS Module by...