Top Posts
5 Steps You Must Take to Be Successful...
Talk to books: All you need to know...
Making of The Artificial Eye best to know...
15 Important Travel Techs For Travelers | 2018
Once homeless, now on his way to Harvard...
Increase CPC for your Website | make money...
U.S. Energy infrastructure On Cyber-Security after Alert Issued...
Why I feel so alone | Does technology...
What Is Bitcoin and Blockchain Technology? A Quick...
E-mail: Tips and Secret Features Revealed For Professionals
Electronic Engineering

by Abid Jamal September 25, 2017January 6, 2018 1 comment
Objective:
“To make a 4 channel IR Remote Control that can control household appliances”
·      This is useful for such people who can’t walk due to any physical disability and also for elderly people.
·       We have used an IR remote controlling instead of RF because of a reason that it can be used to operate a television, sound system, DVD players etc meanwhile it can be used to operate different household appliances because IR is a directional phenomenon.
·       Whereas RF is non-directional and have many more uses over IR. 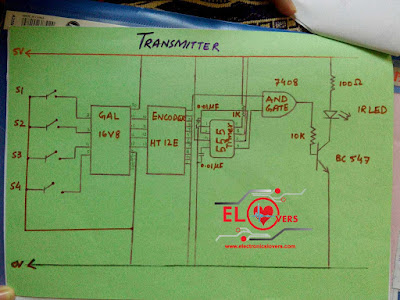 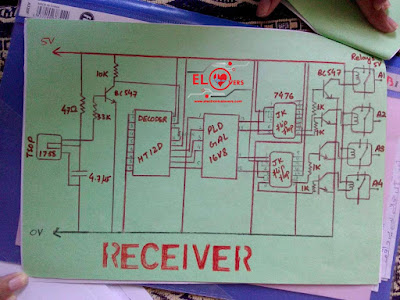 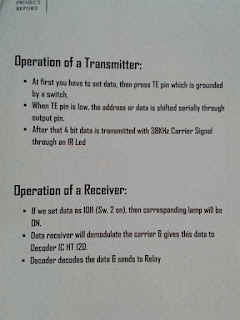 A remote control is Consumer IR device which sends digitally-coded pulses of infrared radiation to control functions such as turning on lights, power, volume, tuning, temperature set point, fan speed, and many other features. Remote control for these devices are usually small wireless handheld objects with an array of buttons (4 in our project) for adjusting various devices; the remote control contains all the function controls while the controlled device itself has only a handful of essential primary controls. 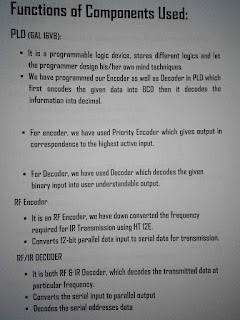 Since infrared (IR) remote controls use light, they require a line of sight to operate the destination device. The signal can, however, be reflected by mirrors, just like any other light source.
If the operation is required where no line of sight is possible, for instance when controlling equipment in another room or installed in a cabinet, many brands of IR extenders are available for this on the market. Most of these have an IR receiver, picking up the IR signal and relaying it via radio waves to the remote control, which has an IR transmitter mimicking the original IR control.
Infrared receivers also tend to have a more or less limited operating angle, which mainly depends on the optical characteristics of the phototransistor. However, it’s easy to increase the operating angle using a matter transparent object in front of the receiver. 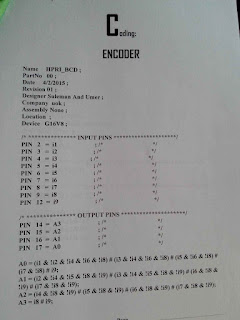 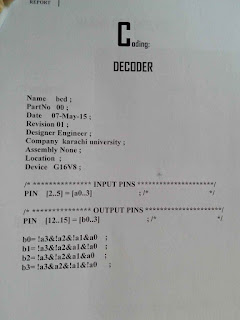 Click Here To Rear our Next Article: Control 4 channel Relay Board by using Low-Cost Radio frequency modules
How to operate 4 Channel Relay Module using Arduino UNO
This Project is Made By
Umer Anjum AND M Suleman Khan  Department of Applied Physics Karachi University