Top Posts
Why I feel so alone | Does technology...
Increase CPC for your Website | make money...
What’s Next | NASA Sending a Tiny Helicopter...
Apple Watch launches a new ECG Feature to...
Revolution In Electric Vehicle upto 2018 | Electric...
Making of The Artificial Eye best to know...
15 Important Travel Techs For Travelers | 2018
Cyber Security Concerns For Bitcoin as the Price...
Top 10 things you must know about Clean...
What does a quantum computer do? | Latest...
Arduino

Hello! I’m back with another beginners’ tutorial. This time, we will interact with an OLED 0.96” Display using the I2C Bus. Now let’s get started.

For this tutorial, the project list is short. You only will need an Arduino Nano and an OLED Display. For the second part of this tutorial, you will also need an Atmega 328p microcontroller, which is used in the Arduino UNO and Nano, for example. You will need some other components for the second part, but let’s begin with the first part: connecting it to an Arduino Nano.

First of all – what is I2C? It is a protocol mainly used for sensors and displays, which allows them to communicate with a Microcontroller (for example) via a serial connection. This Bus system consists of 2 wires: SCL (Serial Clock) and SDA (Serial Data). Feel free to read more about it on the Sparkfun forum, if you are interested.

This is the display I will use for this tutorial: 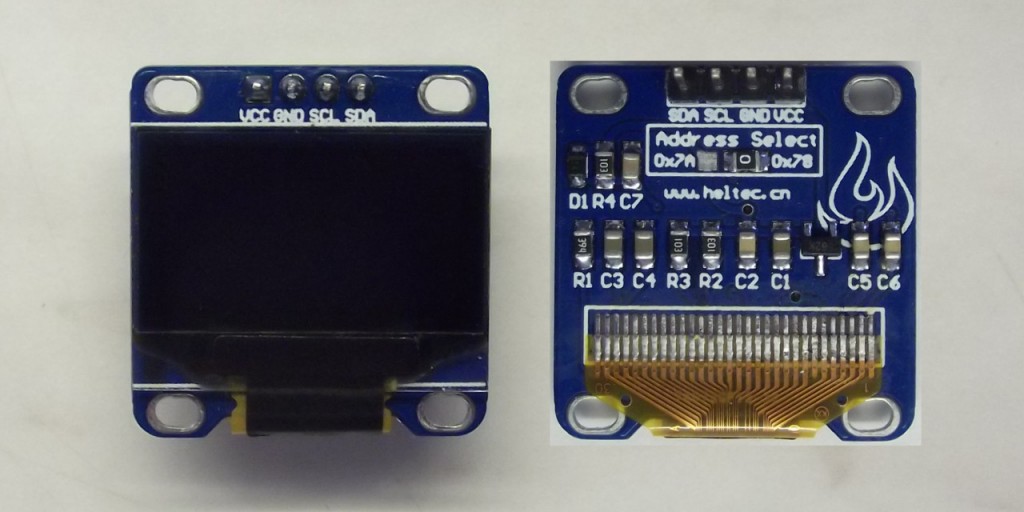 Now we will have to wire it up to the Arduino Nano on a breadboard like shown below in the schematics:

Now, in order to display something on it, we need to program the Arduino Nano. We need to run 2 programs. One to detect the I2C address of the Display, and one program which displays what we want. You can get the code for the scanner from below the tutorial.

After you upload it, open the serial monitor and copy the address. We will need it to communicate with the display.

Next step is to download the library for this display, which you can get here:

Just put the content of the folders into Arduino –> libraries.

Now let’s get to the program that lets us interact with the display. For this, in the Arduino IDE go over to Examples and open the code, and then you need to put in the address you just copied beforehand, like shown below: 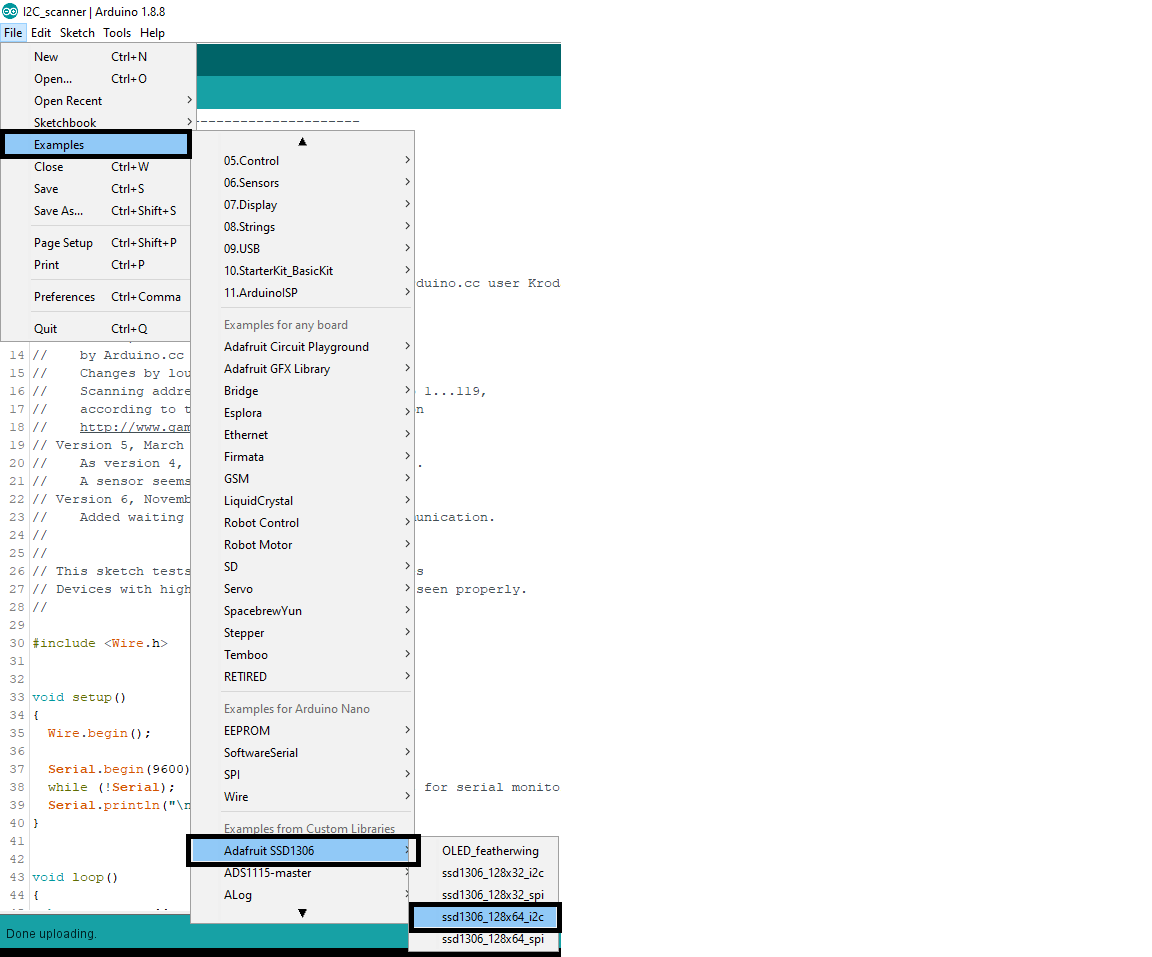 Now upload the code and enjoy a presentation of images and bitmaps. Now feel free to play with the numerous functions in the example code and let your imagination flow. 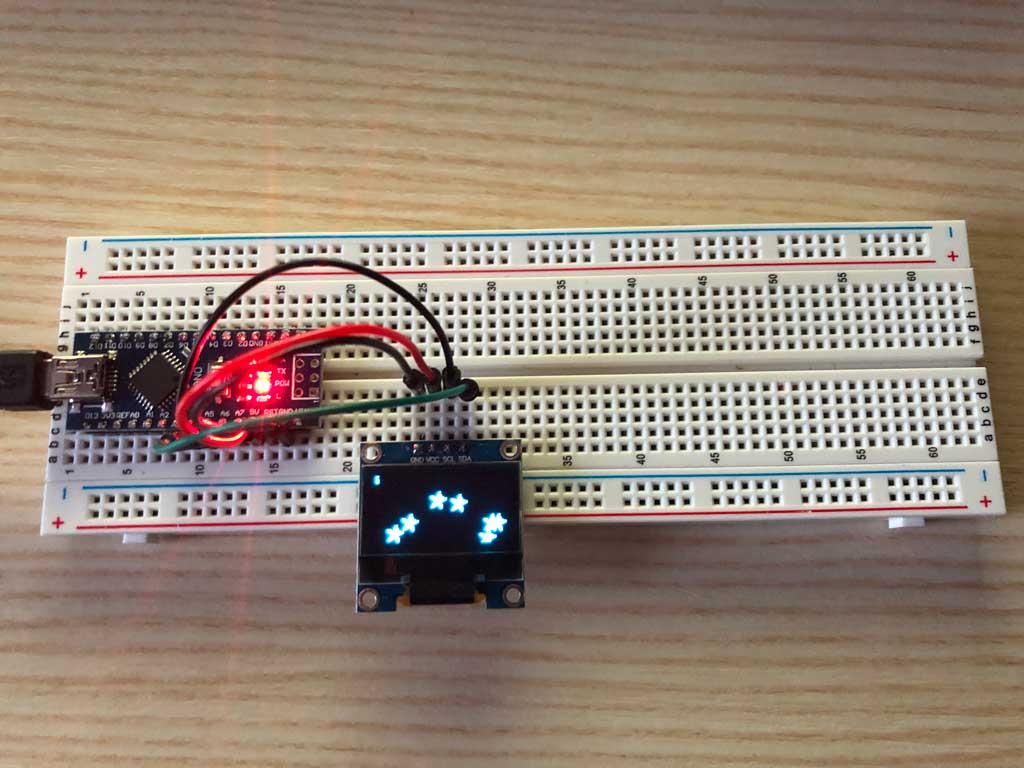 Now, for the second part of this tutorial, we will do the same thing as before, but just with a simple Atmega 328p Microcontroller, freed from the Arduino board.

You will need these components:

Optionally you can add 2 LED’s for the Rx and Tx pins, which will light up when you upload code or use the serial interface, just like an Arduino would do. You can also add the built-in LED, like on the Arduino by using the digital Pin 13, as shown below: 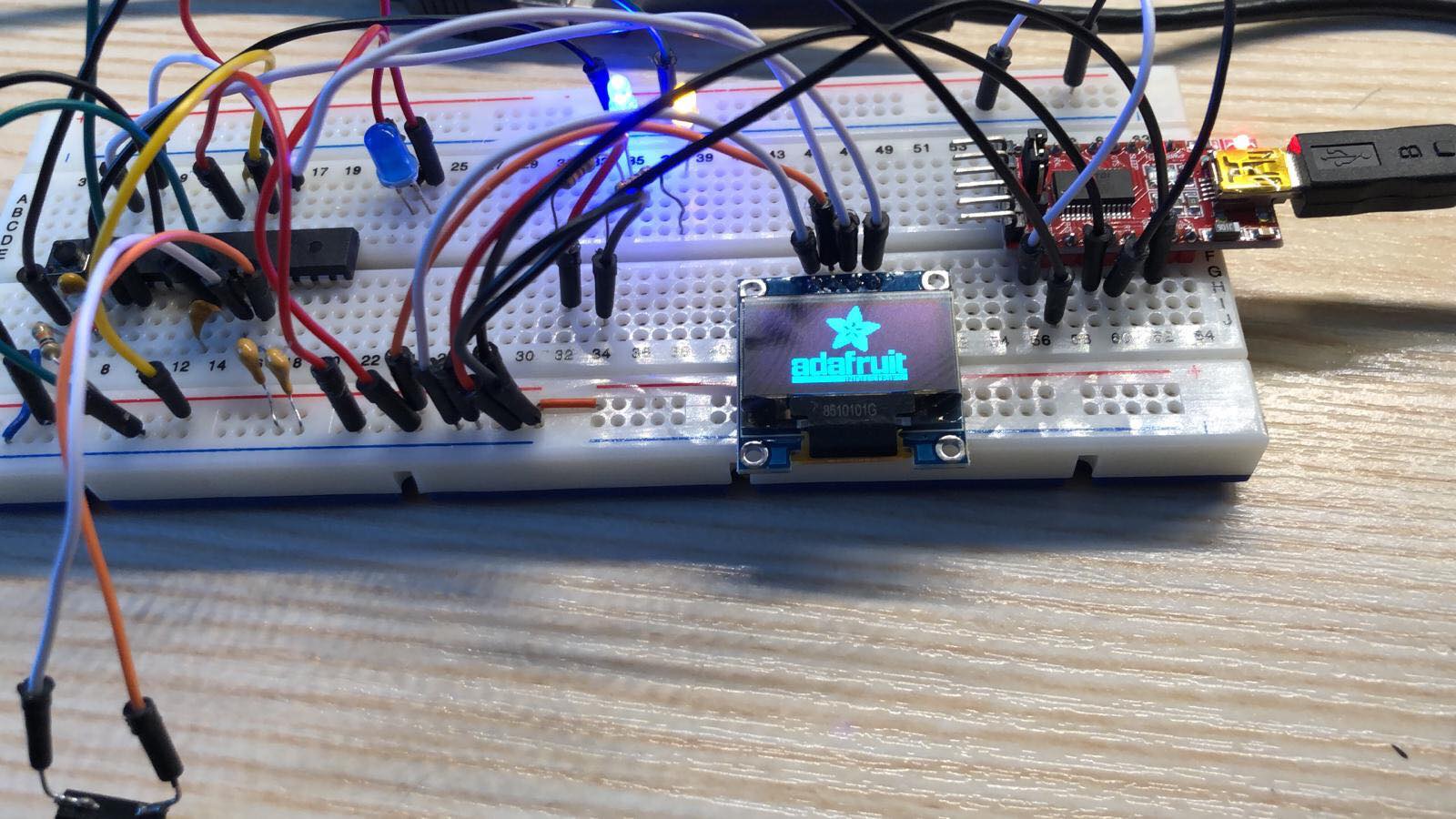 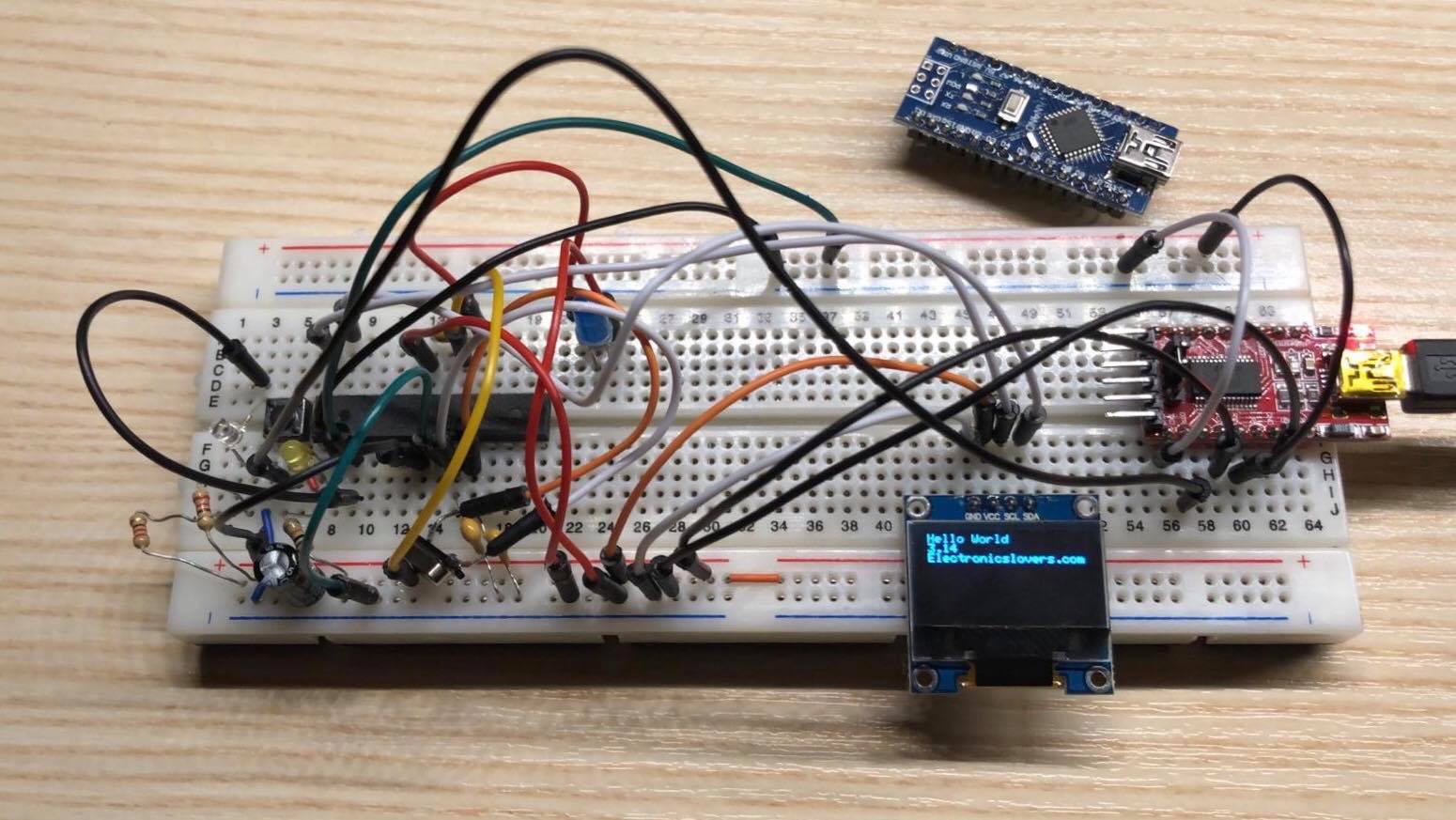 Connect the FTDI Breakout to the PC and upload the code.

Now you have the same setup as beforehand, and you can build your awesome project along this setup, so you can display useful information!

A Quick introduction to the Verilog and HDL Languages

Learn How To Build An Electric Skateboard For...

Learning How to Use Esp8266 in Combination with...

Fire and motion Alarm Notification on your smartphone...