Top Posts
Why I feel so alone | Does technology...
Increase CPC for your Website | make money...
What’s Next | NASA Sending a Tiny Helicopter...
Revolution In Electric Vehicle upto 2018 | Electric...
Making of The Artificial Eye best to know...
15 Important Travel Techs For Travelers | 2018
Apple Watch launches a new ECG Feature to...
Cyber Security Concerns For Bitcoin as the Price...
Top 10 things you must know about Clean...
What does a quantum computer do? | Latest...
Tech News

Worldwide Developer Conference 2018: What we can expect from Apple

Apple is looking forward to holding the WWDC (Worldwide Developer Conference) 2018 at the McEnery Convention Center in San Jose, California. A keynote address will reveal a list of announcements from Apple.

Last year, Apple revealed a list of new devices including the HomePod, new iPad Pro, the first iMac Pro. What can we expect from this year’s WWDC?

Apple doesn’t just drop all the details of their software features at once. So if you want to know how your new iPhone will look like, you’ll have to wait till later on this year.

Focusing on the Software

For one, Apple’s WWDC conference will be hardware free, instead, it will focus on software. There are many rumors as to what Apple will reveal. But one thing is for sure, we shouldn’t expect any new high-end iPhones or a new Mac, MacBook, or iPad.

The sequels to the iPhones are expected to be released later this year in September. However, Apple has confirmed they won’t be launching the new Mac Pro until 2019. This year Apple is highlighting one main aspect “Digital Health”. 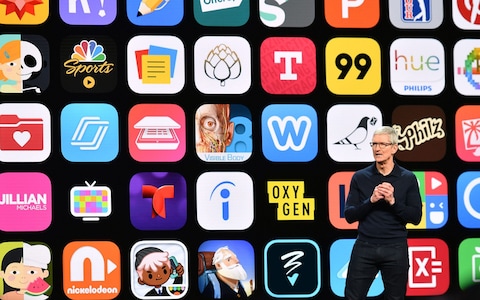 Augmented Reality and the ARKit 2.0

Another thing Apple is focusing on is AR or Augmented Reality. The company is set to update us on AR by upgrading new tools for iPhones and iPads. AR is used to impose 3-D digital images in real life for us to see. Just last fall, Apple included an array of depth sensors designed with AR applications in their iPhone X. This year, Apple could introduce a way to play multiplayer games in AR with a software called “ARKit 2.0” and could allow us to leave a virtual object in the real world even after we close our app instead of vanishing.

Another upgrade could be to improve Siri, Apple virtual assistant, found in HomePod smart speaker and Apple devices. Although Siri was launched before the Alexa and Google’s Assistant, it seems to be lagging behind. Therefore, Apple is planning to add more features to Siri this year.

The only highlights revealed related to hardware upgrades could be a list of new gadgets. A refreshed MacBook Pro and 12-inch MacBook, a new low-cost laptop in succession to MacBook Air, a pair of new Apple watches, and a redesigned iPad Pro with Face ID.

The general audience attending the conference are expected to consist of developers. VIPs invited by Apple and Apple employees will generally include app developers, instead of the media. There are still many speculations, many questions the audience has. Will Apple move the Mac from Intel processors to Apple-designed ARM processors? Will Apple allow Mac to run iOS apps? WWDC will indeed update us on these all.

How do Chatbots Work? | Why is it Important for Your Business | 2018