Top Posts
Talk to books: All you need to know...
15 Important Travel Techs For Travelers | 2018
5 Steps You Must Take to Be Successful...
Increase CPC for your Website | make money...
Once homeless, now on his way to Harvard...
Making of The Artificial Eye best to know...
U.S. Energy infrastructure On Cyber-Security after Alert Issued...
Top 5 News Related to Electronic Industry |...
Why I feel so alone | Does technology...
What Is Bitcoin and Blockchain Technology? A Quick...
Electrical Engineering

Features and Importance of Switchgear Device Relays in Electrical System 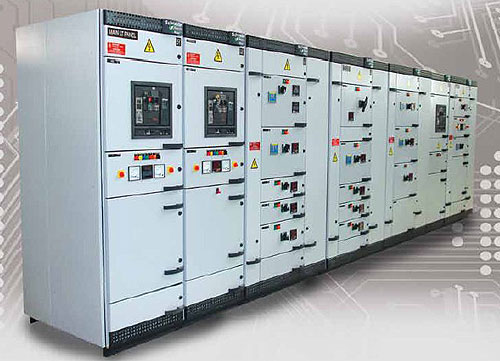 A power system consisting of generators, transformers, transmission and distribution lines. So sooner or later some failure can occur on any part of the system. When any fault occurs on any part of the system, it must be detected and the unhealthy part of the system must be disconnected from the healthy circuit. The reason of disconnection is to provide uninterrupted power supply to the consumers and secondly, a rapid disconnection limits the damage spreading into the system. The detection of a fault and disconnection of a faulty circuit can be achieved by using fuses, relays and circuit breakers. A fuse performs both detection and disconnection but only in low voltage systems. For high voltage system (above 3.3kv) relays and circuit breakers are employed to serve the desired functions of automatic protection.

The relays detect the abnormal conditions in the electrical circuits by constantly measuring the electrical quantities like current, voltage, frequency and phase angle. If it is found in abnormal values then the relay operates to close the trip circuit of the breaker. A typical relay circuit is shown in the figure.

In the mentioned figure the 3-phase system is shown by single phase for simplicity purpose. The relay circuit connection is divided into three parts. The current transformer’s primary winding is connected in series of the line which is to be protected. The secondary winding of the current transformer is connected to the relay coil. The third part is the tripping circuit which may be Ac or Dc. It consists of a power supply. The trip coil of the circuit breaker and the relay contacts. 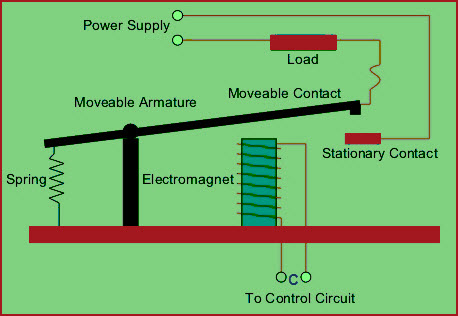 In normal conditions, the circuit works as usual but then when a fault occurs at point F on the transmission line. The current flowing through the line increases to enormous value. This results in a heavy current flow through the relay coil, which attracts the plunger and completes the trip circuit. By closing the trip circuit it operates and pulls it plunger from the circuit breaker, which opens the transmission line and the faulty circuit is isolated from the healthy circuit which may prevent the entire circuit from further damage.

What are The Fundamental Requirements While Selecting Protective Relay

The main function of a protective relay is to detect the fault and remove it from the circuit but there are few important factors which should be kept in consideration while selecting a relay for protecting a power system.

Speed: This is another feature of a protective relay which shows how much time the relay takes to operate. The relay must be very quick to operate because the enormous current can damage the entire healthy circuit in no time.

Sensitivity: It is the ability of a protective relay to operate with a low value of actuating quantity. A sensitivity of a relay is a function of the volt-amperes input to the relay coil necessary to its operation.

Simplicity: The relaying system must be very simple in the circuit so that it can be easily maintained. The simpler the protection scheme the greater will be its reliability as well.

Economy: The most important factor in all things is the economic aspect. Sometimes the ideal protection scheme goes to very expensive limits. As per rule, the protective gear should not be more than 5% of the total cost.

PCBgogo is Ready To Launch its new Website Soon

What are Overvoltages and its Causes in the...

Top 10 Reasons Why You Should Study Electrical...