Top Posts
Increase CPC for your Website | make money...
Making of The Artificial Eye best to know...
How Wireless Charging Works for smartphones | Circuit...
Apple Watch launches a new ECG Feature to...
Cyber Security Concerns For Bitcoin as the Price...
Austin Texas is a next Future Tech giant...
Why I feel so alone | Does technology...
Revolution In Electric Vehicle upto 2018 | Electric...
E-mail: Tips and Secret Features Revealed For Professionals
What Is Bitcoin and Blockchain Technology? A Quick...
Printed Circuit Board (PCB)

A few months ago, Harting announced the release of their new 3-D MID component carrier made using 3-D MID (3-dimensional molded interconnect devices) technology. They say that this device will innovate and change the way designers build PCBs. 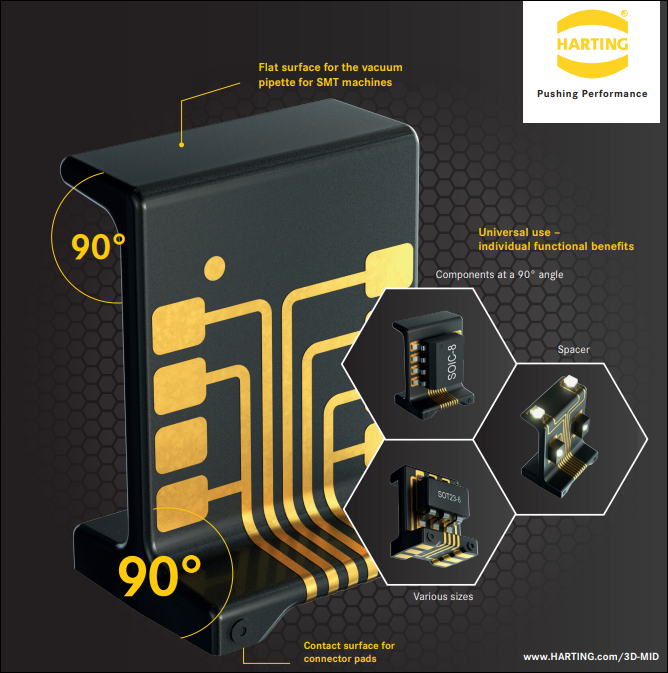 This particular component carrier can be vertically mounted and aims to replace flexible PCBs making the production process highly cost-effective by reducing the overall cost by up to two-thirds of its original cost. It will be directly equipped with electronic components and then mounted onto the PCB by the standard SMT process.

Flexible PCBs or flex circuit are PCBs that can bend, they are used in miniature devices, are perfect for use in cameras, motion sensors, electronic compasses, and for applications in the military, medical and automotive sectors. Flexible PCBs eliminate many problems such as in the case a sensor needs to be mounted at a rather odd angle or away from a PCB, flexible PCBs can come in handy. While they have many uses, they are rather expensive to manufacture and have more complex manufacturing steps. 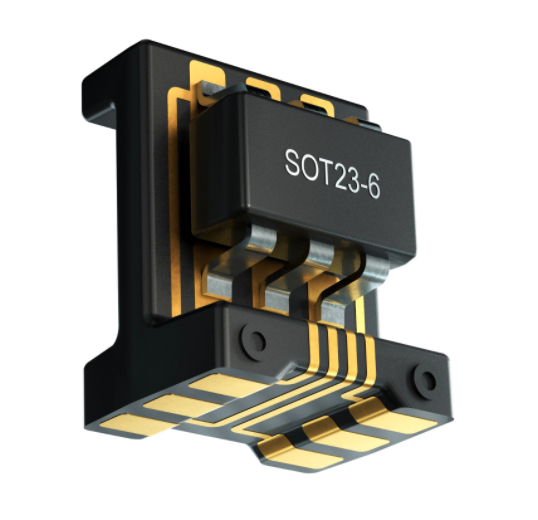 According to Harting, the component carrier has “flexibility” and comes with the ability to hold any electronic components “in any position, orientation, and quantity” on its surface including sensors, LEDs, ICs, photodiodes, etc. Packages sized up to SOIC-8 and smaller can be fitted on the carrier.

The vertically mounted component carrier comes in a unique design and provides improved function. Depending on the type of application you are using the carrier for; the carrier will help improve the specific functioning of the components used.

For example, you can mount components at exactly 90° to the PCB, some components such as sensors may get more accurate readings this way. Similarly, photodiodes/LEDs can be connected to form more precise light barriers.

Harting’s carriers generic types are available for common use but Harting also offers customization to its customers so more designs can be created using this tech.

We briefly touched the uses of vertically mounted component carriers, especially how the ability to mount components 90 degrees to the printed circuit board improves the overall function of the device.

Orienting components at a 90 degrees angle helps increase component density  (in the case the chip carrier pinout is smaller than the component). Electronic components such as temperature or hall sensors on the carrier can be placed to a high degree of accuracy on the carrier which allows for precise measurements.

The component carrier allows for a clearance between the circuit board and the electronic components used. So for example, if you’re using a temperature sensor to measure heat in a housing system, you can get more accurate readings without the interference of excess heat from the other components on the PCB.

Similarly, smaller circuit units can be manufactured onto chip carriers and this may reduce interference from signal traces which translate into improved analog and digital performance.

The component carrier can also come designed using different base polymers, and so different antenna material properties can be incorporated such as dielectric constant/ loss factor.

The component carrier developed at Harting can be equipped with several sensors which can be aligned in 3 basic directions to measure readings on three axes (X, Y, and Z). You can place components on the front and back parallel sides and the end face.

Harting’s MID-tech Component Carrier is a brilliant alternative to flexible PCBs, it not only has a number of benefits due to its unique design but also cuts costs by two-thirds as opposed to flexible PCBs (this is because it reduces the time consumed in the complex manufacturing of flexible PCBs). Due to its many benefits, we can see how this carrier and others of its kind may revolutionize the PCB manufacturing industry.

Witnessing The Frightening Technologies. How Scared Should We Really Be?

What does it mean by AOI in PCB...

Multilayer PCBs – A Look at the Manufacturing...